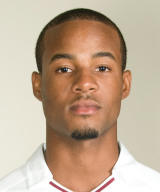 Shai Hope (born 10-Nov-1993; Barbados) is a right-handed Wicketkeeper batsman, who plays international cricket for West Indies. He made his international debut in Test Match against England at Bridgetown on May 1, 2015.

Labuschagne unbeaten ton sets Australia up for a big score [+]
At the end of the end of first day play, Labuschagne (154*) and Smith (59*) stood tall for Australia.

Ireland knock out West Indies with easy victory [+]
The result ensured Irish qualification for the Super 12 round of the T20 World Cup.

South Africa to host Netherlands, England for ODIs in 2023 [+]
South Africa will complete their 2023 ODI World Cup qualification cycle with five matches at home early in 2023, against England and Netherlands.

Finch fifty helps Australia clinch fighting 3-wicket win [+]
With this victory, Australia has taken a 1-0 lead over WI in the two-match series.